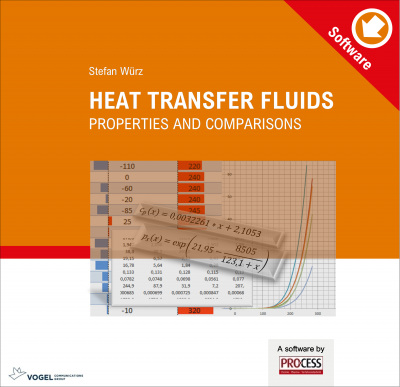 A software for calculating and comparing properties of heat transfer fluids

The “Heat Transfer Fluids“ software offers approximation equations for physical properties of a large number of heat transfer fluids and thus supports you in the selection of a suitable fluid. In addition to current fluids, it also contains fluids that are no longer available, so that comparisons can be made with current fluids.

The software consists of several workbooks based on Microsoft Excel and offers you a wide range of options for calculating properties, for comparing or for using the approximation equations in your own calculations. These include: :

The program does not use macros or programming. All worksheets are provided as xlsx files.